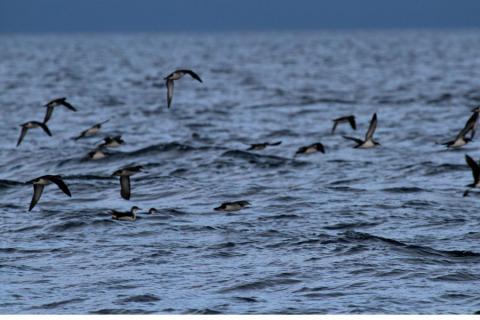 Every year around one hundred thousand pairs of Manx Shearwaters descend upon the Cuillins of Rum to nest and breed.  Around a third of the world's population of this specialist seabird travel from the coast of South America, arriving on The Rum Cuillins around March, re-uniting with long-term mates to find and spring clean their nesting burrows. 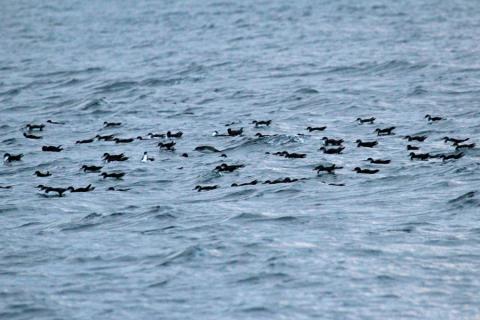 Not surprisingly, since Shearwaters spend so much time at sea they are not so well adapted to land and are vulnerable to attack, so only dare return to their nesting burrows in the hours of darkness. 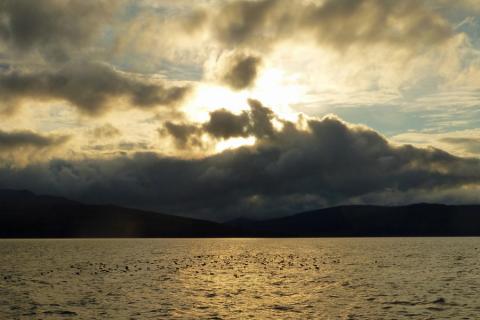 They gather in massive rafts in the sea off the coast of Rum in late evening and head off in mass back to their burrows after darkness falls.  An amazing spectacle, and one we were privileged to witness earlier this summer with wildlife experts from Scottish Natural Heritage and The Isle of Rum. 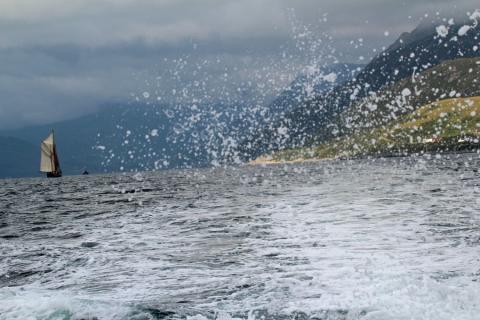 The evening boat trips with SNH ran over three days at the end of July, departing from Mallaig, picking up further enthusiasts at Kinloch on Rum before heading off round the East coast of Rum to see the shearwaters. 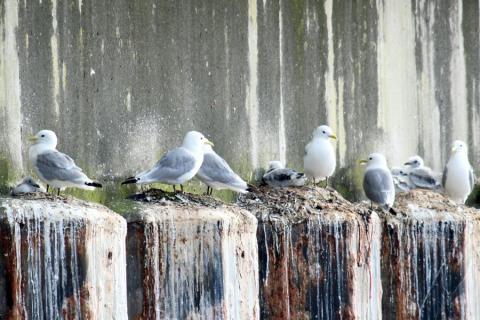 The wildlife adventure started as soon as we set off on The MV Orion from Mallaig with a chance to see the Kittiwakes nesting on the harbour wall and with a close encounter with a gannet.  At Kinloch we saw red throated divers in the distance as well some of the usual suspects. 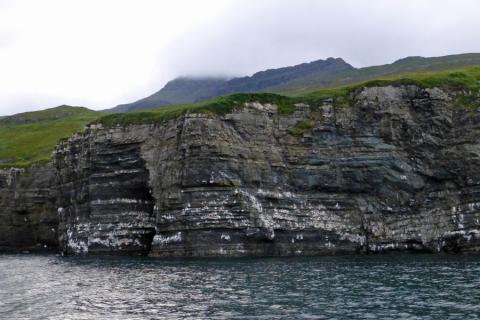 Heading off around the coast we had time to visit the kittiwake colony on the cliffs below Askival and Hallival. 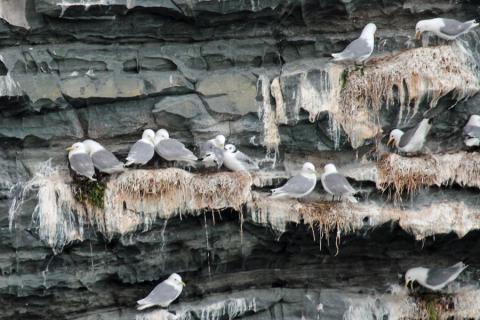 In similarity with the harbour wall at Mallaig, the lava ledges on the cliffs provide a safe nesting environment away from land predators. 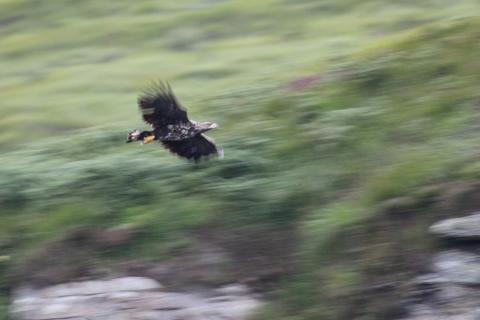 Not so safe from aerial attack though as we witnessed for our self when the approach of a juvenile white-tailed eagle caused mayhem in the colony. 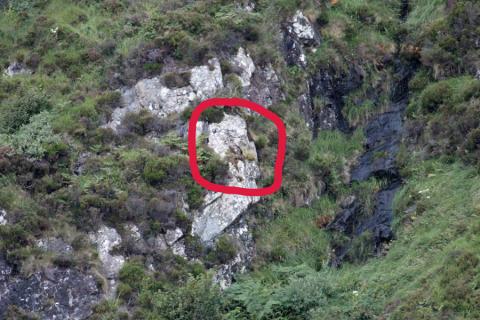 Luckily for the kittiwakes the eagle had no luck and flew off, disappearing into the cliffs.  For such large birds they are surprisingly well camouflaged and difficult to spot when at rest. 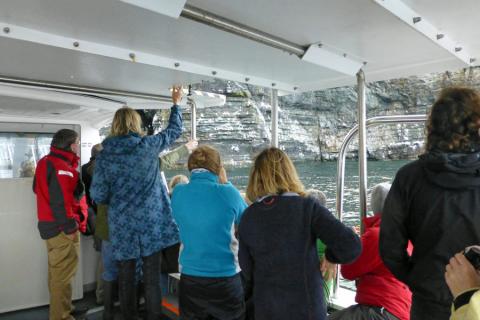 As darkness approached the rafts of shearwaters off the coast started to grow.  The MV Orion was able to get up close to the rafts allowing for some great sightings of the birds arriving and settling prior to their nigh time return to their burrows some 200m above sea level on the Cuillins.

The experts from Rum and SNH provided a great insight into the lives of the shearwaters and talked a little about the on-going monitoring and management plans. 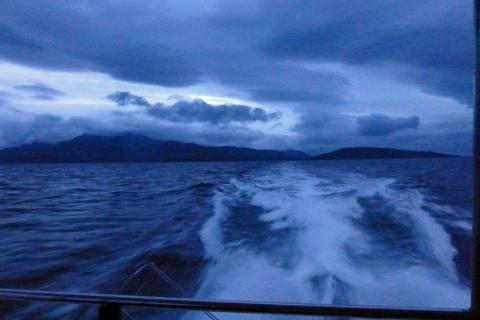 All in all, a great wildlife experience and opportunity to learn more about the wildlife of Lochaber.  Many thanks to SNH for organising the trip and the skipper of MV Orion for getting so close to such amazing wildlife.

Keep up to date with wildlife events across Lochaber at www.wildlochaber.com/whats-on/wildlife.

Take a Walk on The Wild Side...

with over 100 wildlife focused walks across Lochaber, you'll be spoilt for choice

Ardnamurchan and The West Highland Peninsulas

Road to The Isles

The Road to The Isles

Take off for the day to see the puffins on The Treshnish Isles, A Day trip to Mull, Skye, The Small Isles, The Most westerly point on the mainland and many more local ideas for a day out